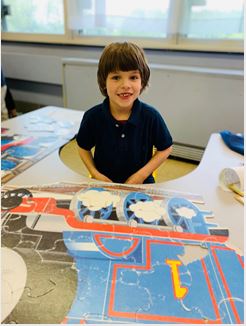 In the Spring, 2019 Edition of the EPIC Newsletter the following article appears spotlighting Ilya, who received Applied Behavior Analysis (ABA) at SPIN. . The article is an interview with his mother, Hanna, describing the family’s experience with ABA and the changes she has seen in Ilya. Learn how Hanna and her son Ilya, age 6, were connected to ABA at SPIN after Ilya attended preschool and received Behavioral Health Rehabilitation Services (BHRS) there

ABA is based on the science of learning and behavior and is used in treatment for children with Autism Spectrum Disorder (ASD). ABA helps children make positive changes in their behavior by studying how each child learns best. ABA can also help reduce harmful or challenging behaviors. ABA encourages positive behaviors and discourages negative behaviors in order to improve different skills such as communication and social skills. ABA is used where the child needs it: the school, the home and the community.