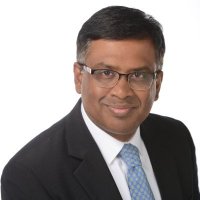 Patricia Valeno (Philadelphia, PA) serves as a realtor for RE/MAX Access with other over 20 years in the real estate industry, specializing in helping seniors during transitional phases in their lives. Valeno has supported SPIN’s mission for over 25 years, since her son became enrolled in SPIN’s services.

Megan Russell (Philadelphia, PA) serves as Assisting Director in SPIN’s Residential Services division and began her career at SPIN in 2006 as a Direct Support Professional, supporting an adult with intellectual disability in a community living arrangement. As the niece of someone who received SPIN services, Russell has maintained a life-long connection to the organization.

Lamont Bates (Philadelphia, PA) serves as a Medical Care Coordinator in SPIN’s Health Services department where he works alongside licensed nurses to ensure the health, safety and quality of care for adults with autism and intellectual disability. Bates began his career at SPIN in 2009 as a Direct Support Professional. Bates also serves as a LifeSharing provider, opening his private life and home to an adult with intellectual disability.

David Armbrister (Philadelphia, PA) receives services at SPIN and is an advocate for others with autism and intellectual disability. Armbrister graduated from Lesley University in 2006 with a Certificate in Business.  In 2008, Armbrister was elected Vice President of his local chapter of Speaking For Ourselves, a self-advocacy organization. Armbrister began working for GIANT supermarket in 2012, and is a member of SPIN’s inclusive choir and civic engagement group.

SPIN, Inc. (also known as Special People in Northeast) is a 501(c)(3) nonprofit human services organization providing a Life of Possibilities to nearly 4,000 children and adults in Philadelphia and the Lehigh Valley. SPIN is a leading provider of autism and intellectual disability supports, and of high-quality early childhood education in inclusive settings. SPIN is an eight-time winner of the Philly.com Top Workplaces award and the inaugural winner of the Wawa Hero Award.  Learn more at spininc.org  and facebook.com/SPINinc .