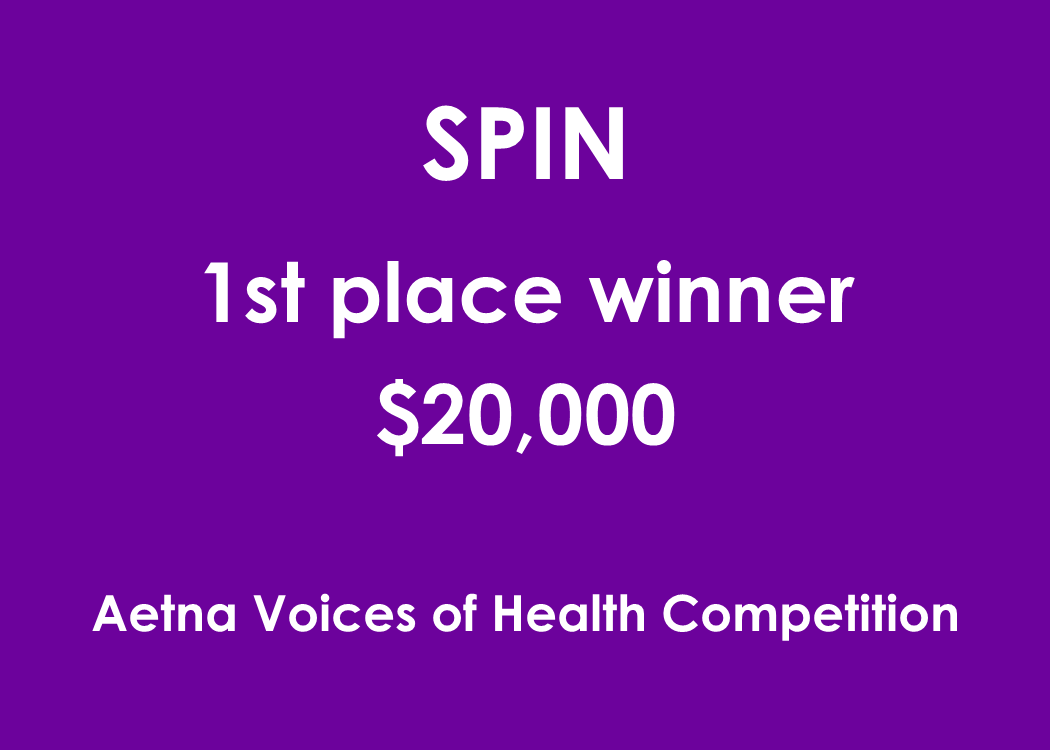 Philadelphia (November 13, 2018) – SPIN (Special People in Northeast) has won first place in Aetna’s 2018 Voices of Health Competition in the Philadelphia market. The organization will be awarded with $20,000 to support SPIN’s mission to create a life of possibilities for children and adults with autism and intellectual disability.

The Aetna Voices of Health was a voting competition that took place from October 1 through November 9, and invited 63 nominated non-profit organizations across six states to vie for a $20,000 first place prize and a $10,000 second place prize in their markets. Markets included Philadelphia, Atlanta, Columbus, Houston, Jacksonville, South Florida and four counties in California. SPIN was among 14 total winners that were announced. In total, Aetna awarded $210,000 in grants.

“We are so thankful to Aetna for being such a tremendous partner of not only SPIN, but also all of the non-profits in our community,” said Kathy McHale, president and CEO of SPIN. “It is partners like Aetna that help to make our mission of a ‘life of possibilities’ a reality. We’re also so grateful to our entire SPIN family that helped spread the word and voted for us.”

The organizations that were selected to participate in the voting competition promote health by addressing a wide range of community issues. SPIN was one of 10 non-profits selected as finalists for the Voices of Health Philadelphia competition, and received 14,378 votes to secure first place. Each non-profit was asked to submit a one-minute video, and was charged with reaching out for votes in a number of ways, including social media and other communications channels.

A local 501(c)(3) non-profit, SPIN (Special People in Northeast) is a leading provider of supports for children and adults with autism, intellectual and developmental disability in Greater Philadelphia and the Lehigh Valley. SPIN also provides high-quality, early childhood education for children of all abilities. Headquartered in Northeast Philadelphia, SPIN has been named a Top Workplace for nine consecutive years by Philly.com. SPIN has also been named an Autism Center for Excellence by Community Behavioral Health. For more information, visit www.spininc.org or www.facebook.com/SPINInc